A leader for the future 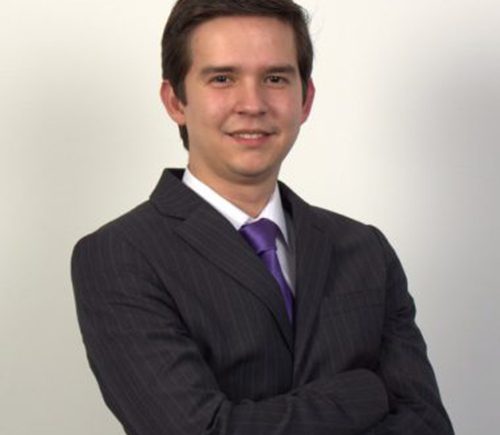 The rapid growth of this young Colombian professional within the company is synonymous of management focused on the talent of its employees.

Two and a half years ago, Luis Eduardo Bello joined SAEG Colombia as Accounting Coordinator and today he works as Administrative and Financial Manager, a development that not only speaks of his talent as a professional in the area of finance, but also of the incentive that we give young people, the future leaders of the organization.
His youth speaks of the taste for challenges, such as the one that he assumed since October 2017 at the head of this management, where he combines his own work for the proper internal functioning of the office; and the financial, where he must report to the corporation the commercial and operational results.
This public accountant graduated from the Remington University of Medellin was born in Bucaramanga, in the midst of a large middle class family. His father was transferred to Bogotá by the company where he worked. His adolescence began and although the change was great, he and his sister adapted quickly. The Colombian capital, with all its possibilities, received them.
Demanding and responsible like his father; Charismatic and affable as his mother, he is a lover of football in all its variants: on the street, on the video game console and on TV broadcasts, especially those of his favorite team, the Arsenal of England. A bachelor who confesses to be focused on his career.
Currently, Luis Eduardo is in charge ad interim of the office in Colombia with support from corporate headquarters, and is focused on improving business performance and optimizing financial reporting systems, considering that in the short term he wants to continue getting ready to continue climbing within SAEG Engineering Group. Without a doubt, a future leader.